Immune-mediated inflammatory diseases are a group of diseases that affect different organs, but share common mechanisms. 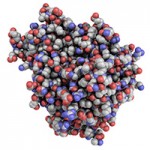 Immune-mediated inflammatory disease (IMID) is a group of disorders that covers a large number of disease indications thought to be related to each other through similar mechanisms of immune-system dysfunction and dysregulation.

In developed countries, the incidence of IMIDs is 5–7% annually. IMIDs comprise of disorders as diverse as SLE, type 1 diabetes, Crohn’s disease, rheumatoid arthritis, and multiple sclerosis. These diseases may affect almost any organ system and significantly impact quality of life and life expectancy. Although the etiology of many of these conditions is not known, advances in molecular medicine have revealed that an imbalance in inflammatory cytokines is frequently seen. Since the pathways affected in the different disorders are the same, therapeutic agents that show efficacy in one IMID may also work in other diseases in this group.

The Models We Offer:

Inflammatory bowel disease is a term that covers a number of similar disorders that involve inflammation of the gastrointestinal (GI) tract, such as Crohn’s disease and ulcerative colitis. There are 1.4 million cases of IBD in the United States annually. The rodent models of IBD involve inducing an inflammatory condition with chemicals that mimics the human disease, followed by histological evaluation after treatment.

Arthritis is a term used to cover a number of inflammatory diseases that affect connective tissue, usually impacting joints and leading to limitation of movement.  Arthritis affects an estimated 50 million people in the US annually, limiting work activity in approximately 8 million Americans annually.  Rodent models of arthritis are based on auto-immune reactions to protein components of connective tissue, primarily collagen, and measurement of the inflammatory reaction in the paws of these animals.

Dermatitis covers a number of inflammatory skin diseases and affects approximately 10 million Americans annually. Environmental factors such as skin exposure to irritants and allergens may play a role in patients developing symptoms of dermatitis. The rodent models of dermatitis involve some form of chemical insult to the skin, but are differentiated in the response of the animal to that chemical. The severity of the disease is monitored by evaluating the skin at the site of chemical application.

Multiple sclerosis (MS) is an inflammatory disorder of the central nervous system (CNS), which results in a highly variable constellation of symptoms, depending on the areas of the CNS affected. An estimated 400,000 people in the United States have MS, with 10,000 new cases diagnosed annually. Animal models of MS, can be induced by immunizing mice (or rats) either with components of myelin or certain chemicals. Animals can be evaluated for clinical symptoms, such as their ability to move their tails and limbs, or histologically depending on the model.

Inflammatory lung disease encompasses a broad array of chronic respiratory diseases, such as asthma, pulmonary fibrosis, and chronic obstructive pulmonary disease (COPD). These diseases affect tens of millions of people worldwide each year. Pharma Models LLC offers a variety of different models of lung disease. Most of these models are induced by a specific chemical or immunogen, and are evaluated histologically.

Type I Diabetes Mellitus (TIDM) is a chronic, autoimmune disease where pancreatic beta cells are destroyed, and subsequently little to no insulin is produced. Incidence of TIDM worldwide has been increasing by 2-5%, with prevalence at 1 in 300 by 18 years of age. Animal models of TIDM are genetic or chemically induced and are evaluated by measuring blood glucose.

Systemic lupus erythematosus (SLE) is a chronic, autoimmune disease that can affect multiple organs such as the skin, joints, and any visceral organ. Incidence varies by country, but can range from 1 to 10 per 100,000 people annually, while prevalence is at 20 to 70 per 100,000 annually. Animal models of SLE can be either genetic or chemically induced, and evaluation depends on the assessment of target organs of each model. 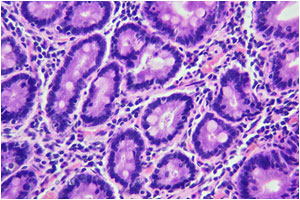 Pharma Models LLC has considerable experience in executing models of human immune-mediated inflammatory disease. Our model selection in each disease area is based on clinical relevance and defined, relevant end-points, that yield decisive answers at affordable price points.

We believe in speed, accuracy and cost-effectiveness.

Have A Particular Model You Don't See Here?

Contact us to learn how we can help you with your needs.